First off, congrats to the 2 Chiefs fans on their long-awaited SB run. I’m sure they’re as shocked as we are that Fat Andy didn’t choke again. All those years of Andy Reid being a shitty father raising 2 deadbeat sons, finally paid off. Also, fuck you.

As we move on to the offseason, the theme for the other 3 losers is simple, yet not so simple: “How the fuck do we catch the Chiefs?” A lot is about to take place from now thru August, when training camp starts, so buckle up because this already has the makings of an all-time AFCW offseason.

Who gives a fuck about the rest.

Chargers moving on from Rivers – The Chargers and Rivers have mutually agreed to part ways. Sounds like an old love story, “it’s not you, it’s me.” Either way, this creates a HUGE hole at the single most important position for LAC. Tank for Sunshine 2020? 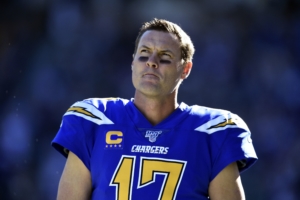 Raiders are expected to show interest in Tom Brady – Another offseason, another media driven QB controversy for the Raiders. I’d say it’s 80/20 that Carr is the week 1 starter for the LV opener.

Not much else going on other than the Broncos need to figure out their ownership structure, but who really GAF about that, and hopefully the Chiefs are hungover all offseason.

That’s it for now. We’ll get more of an in depth look at each team’s needs and targets via FA and draft closer to those dates, along with some mock drafts to pass the time. Plus, I’m sure we can all agree that we’re sick of looking at the fucking Chiefs SB article, minus the hot chick of course. Moving on…

And good luck this offseason, other than our 2 Chiefs fans, we fucking need it.