Alright sports fans, we’re almost 25% through with the season, and everything has gone according to plan. Right? Not exactly. Current standings have the Chiefs pulling away from the rest of the division at 3-0, the Raiders and Chargers at 1-2, and the Browns, I mean Broncos at 0-3. Here’s what’s on tap for the AFCW in week 4.

Heading into this game, the surprisingly undefeated (2-0-1) Lions host the also undefeated child beater-less Chiefs and look to slow down the league’s best offense. On the surface you think, “great, another Chiefs blowout”, however, Vegas has the line set at -6. They didn’t build all of those casinos and fancy hotels by losing, so this matchup is a lot closer than it looks on paper.

Here’s what Vegas see’s, a really good DET secondary lead by all pro CB Darius Slay. He’s so damn good, they even made a T-Shirt for basic bitches with his name on it, Slay all Day. I’m sure we’ve all seen that dumb fucking shirt. On the other side are corners Justin Coleman, and former Raiders great, Rashaan Melvin, who seems to be back to his pre-Raiders form. Unfortunately for the rest of the NFL, Mahomes still has that Kelce guy to throw to. Expect a big game from him. The other side of the ball, Stafford has been decent this year with 8 TD’s through 3 games and a pair of good WR’s, and rookie TE, TJ Hockenson. That’s definitely not enough tho.

Fantasy play of the game: Keep an eye on the Chiefs backfield. If Damien Williams and McCoy are out, Darrell Williams makes for a solid Flex play. For Detroit, Kerryon Johnson. KC is still awful vs. the run and game flow could net him a few extra receptions. If you need a deeper play, Marvin Jones has a solid matchup as well.

I’m picturing the scene from Belly. Nas and DMX are riding in the car when Nas starts preaching his bullshit again to which DMX says, “HERE WE GO AGAIN.” Well, here we go again with the fucking Raiders. They head into Indy with the exact opposite of momentum, looking like the same fucking team they were a year ago. Meanwhile, the Colts are playing good football lead by a dominant OL, and a solid defense.

The Raiders may actually catch a break here with WR TY Hilton nursing a hurt quad. Considering how shitty the secondary has played, this would be a huge development as it would limit Brissett’s weapons at WR to a trio with a combined 10 receptions on the season. Offensively for the Raiders, give Josh Jacobs the fucking ball. A lot. The Colts defense is in the bottom half of the league in rushing yards/game. If the Raiders can take advantage here and control the clock, they can keep this one close. Whether or not Gruden pulls his head out of his ass is anyone’s guess.

Fantasy play of the week: The two RB’s, Jacobs and Mack, are obvious plays. For a deeper play, if Parris Campbell gets the start in place of TY, I’d bet on the rookie speedster to get behind that shitty Raiders secondary for multiple deep receptions. I could see one of those crazy 3-150-2 stat lines out of him. Your classic boom/bust play.

LOL Wouldn’t it be great? I would laugh my fucking ass off. Doesn’t matter how shitty the Raiders are, the Chargers losing to Miami would make my season. (Robb has LAC losing) Unfortunately, it’s not going to happen. Miami has nothing. The front office essentially pulled a 2018 Raiders and got rid of just about anything with any value. Rosen took over the reins last week and did a decent job, I guess, but who’s he throwing to? Preston Williams has been a surprise UDFA addition.

Not much to evaluate here. This one shouldn’t be close. The Chargers essentially get a bye to get them back to .500.

Fantasy play of the game: Start all your Chargers against the league’s worst D. Good week to play Rivers if you’re streaming QB’s. You’re probably not playing him in season leagues, but Preston Williams could be a cheap option at WR for DFS.

Is this the week? No, I’m not talking about a win, is this the week Von Miller and/or Chubb finally record a fucking sack? The rest of the team maybe? Here they are, supposed to have this defensive mastermind as a HC, and he can’t even dial up pressure with one of, if not the best pass rusher in the league. I guess that’s why he’s 80 and has never been a HC before. So what’s instore for them vs. the Jags?

Gardner Minshew is a fucking douche bag. Yeah, I said it. He is. I can’t stand people who don’t take anything seriously. Everything’s a fucking joke. FOH. Anyways, this game is going to be like cooking that Sunday brisket, low and slow. Lowest point total of the week according to Vegas and it’s easy to see why. Flacco sucks, the OL is suspect other than Risner, and the Jags are still pretty stout up front which could limit the Broncos only chance at winning, getting the run game going. Luckily for the Broncos, the Jags aren’t much better offensively and will keep this one close. I feel sorry for anyone outside of Denver and Jacksonville who have this game on their local coverage.

Fantasy play of the game: The stats aren’t pretty, but Fournette is always a good volume play. Also sounds like Jalen Ramsey won’t play, so don’t be afraid to go with Manny Sanders if he doesn’t. He’s the only guy Flacco’s sorry ass can get the ball to. 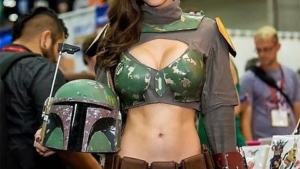