Well the draft is over and we are in hurry up and wait mode to see if we will have a season this year. The NFL is to the point that they are letting team facilities reopen on May 19th if they have met the standards set by the league and are allowed to by local and state regulations.

Enough about that drama. This outlook is going to look at some projections for the following in the division: 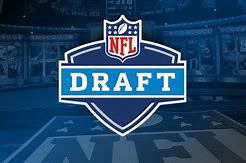 Well this one is going to be a flat out slobber-knocker. The offenses in the division got a lot faster and much better. With that said, here are the front runners:

Clyde Edwards-Helaire – This guy is a match-up nightmare for everyone. He is a great runner that is hard to take down. He has great hands and catches the ball exceptionally well out of the backfield. Add the fact that he is going to one of if not the most explosive offenses in the league and he is the odds on top prospect.

Jerry Jeudy – The ankle breaker could not have gone to a better situation. He does not have to be the #1 receiver, has a flat out MONSTER on the other side and will be covered by mostly #2 corners. This should allow him to put up some serious numbers. His production will depend heavily on the development of 2nd year quarterback Drew Lock.

Henry Ruggs – He has the ability to blow past any corner but he also has the skill set to take a simple bubble screen to the house. This guy has the hands, speed and toughness to do it all. His production will come down to the way Gruden uses him.

Wildcard – Justin Herbert – Will he start or will he sit a year? This one is truly up in the air and that is why he will remain a wildcard.

This is an area that was addressed heavily via free agency in the division. The draft saw a few key additions added.

Kenneth Murray – This guy is a flat out tackling machine and will lead a very talented Chargers defense in that category. They gave up a lot to go and get him but he has the ability and character to be a stud for years to come.

Willie Gay – This guy has the athletic ability to be a every down player. He will have to clean up his angles and show much more production. His mental makeup will be what makes or breaks him.

Damon Arnette – He has production and a nasty disposition when he is on the field. The key for his success will be how he is used. He is scheme diverse but thrives in press man.

Wildcard – Amik Robinson – This guy is a flat out DOG! He has excellent ball skills and plays incredibly hard. Will he start or will he sit? That will be the determining factor.

There are some serious prospects for this category as each team did well in the draft.

Justin Herbert – He has the size, arm talent and smarts to be a franchise quarterback. The key will be his development and weapons. The Chargers drafted 2 wide receivers and a running back to aid him in the weapons department.

Jerry Jeudy – This guy could easily become Lock’s favorite target. They will get a chance to develop together. Sutton is the #1 right now but Jeudy’s route running could change that quickly.

Clyde Edwards-Helaire – He is not big (5’8″ and 210 LBS), but he is a complete back. He runs, catches and even returned some kick offs. This guy should become the bell cow back in Kansas City.

Wildcard – Henry Ruggs – You can’t coach speed. This guy has the ability to take the top off of any defense. With a top running game, top receiving tight end and one of the best o-lines in the game, Ruggs could post some insane numbers.

There were quite a few head scratchers in this draft. This division had its share.

Damon Arnette – He has the experience, ability and production as well as playing at a power 5 school. No issue with him but a HUGE issue with where he was selected. I just don’t think he was a 1st round Cornerback.

KJ Hamler – I love his speed and the thought that he could be a great slot receiver is fantastic. The issue is his size (5’8″, 178) and his below average hands and being selected in the 2nd round. There were better prospects on the board.

Willie Gay – This kid is very athletic but he is not a 2nd round prospect. The Chiefs needed two things in this draft, a running back and a Cornerback. They got their back in the 1st round but did not draft a Cornerback until the 7th round.

Wildcard – Tanner Muse – I called this as a possibility but in the 3rd round, FO! Can you say overdrafted.

This one is really good because overall the division had a few steals and it will only make it stronger.

Amik Robinson – I love this guys game. He plays with his hair on fire. This guy will be a starter sooner rather than later. Getting him in the 4th round was flat out insane.

Lloyd Cushenberry – This guy is one of the smartest and strongest players I have seen in a long time at Center. He will take the starting position as a rookie. Elway got his o-line leader in the 3rd round, great steal.

Lucus Niang – This guy is a dancing bear. He slipped a bit this year because he played all year with a hip injury. Once healthy this guy will take a starting position at Offensive Tackle.

Wildcard – Lynn Bolden – He makes this list because of what he will be asked to do. Kick Returner, Punt Returner, Back-up Running Back, Wild Cat Quarterback, Slot Receiver, Gunner. This guy will be everywhere.

The division had a few safe picks that will pay instant dividends.

Jerry Jeudy – Getting one of if not the highest regarded receiver at 15 is very safe. This guy will be a monster for years. (FO Elway!)

Kenneth Murray – This guy is a dog on the field and has the absolute highest character off of it. This is as safe as safe can be. (FO TT!)

Clyde Edwards-Helaire – National Championship winner with over 1,400 yards rushing and over 450 yards receiving. Go to the Superbowl Champions. That is a pretty safe pick. (FO Fat Andy!)

Wildcard – Henry Ruggs – His hands, work ethic and speed make him a pretty safe pick. What will Gruden do with the offense now that he is part of it is the bigger question.

Here is to a great season of football.