What an exciting week, week 5 was. Broncos got their first win of the season vs. the Chargers – we all saw that coming. The Chiefs looked pedestrian for the second week in a row in a loss at home to the Colts. And the Raiders shocked the world by punching bitch ass Khalil Mack and the Bears D in the dick and getting their 3rd win of the season to move to 3-2. Moving on to week 6 in what looks like some good matchups all around for the AFCW.

Coming off a tough loss at home vs. the Colts, the Chiefs will look to rebound against a good Texans team looking for its 4th win of the season and leading the AFCS division. Houston excels at getting pressure on the opposing QB, and offensively, Deshaun Watson leads a vertical passing attack which could spell trouble for KC’s mediocre secondary.

Patrick Mahomes is going to have to carry this team on his back in order to win this game. Watkins and Fisher look questionable for the game at best, and child beater still hasn’t been cleared. Defensively they’ll be w/out Chris Jones for a few weeks as well. Fat Andy needs to get his 8th worse run game going to keep the Texans defense honest. I wish I would’ve written this before taking Chiefs -5 because I just don’t see it paying out. This will be close and could go either way.

Fantasy player of the game: Rule #1 in FFB, don’t chase last week’s points. However, Will Fuller has another very nice matchup this week. I’m going to double down on another solid performance.

The Broncos got their first win of the season last week in LA, but come home for a tough week 6 matchup vs. the Titans. The Titans are sitting at 2-3 and currently last in the AFCS, but they’re better than their record would indicate. They’re a well-balanced team who aren’t really great at anything, but solid in all facets of the game.

The key for the Broncos to come away with a W is going to be getting the ball out of Henry’s hands and forcing Mariota to be the shitty QB he is. Unfortunately for Denver, this plays right into their weakness defensively, struggling against tough, physical runners through the first 5 games of the season. Offensively, the Broncos OL will struggle vs. a stout TEN front and will need to have success throwing the ball, and should look to Sutton early and often. Vegas has this as the lowest point total of the week for a reason. Expect a low scoring game, that’s probably decided by another last second FG.

Fantasy player of the game: Henry is obviously a must start, so I’m going with the hot hand of Courtland Sutton. He’s taken over as Flacco’s favorite WR and has a positive matchup with Malcolm Butler. 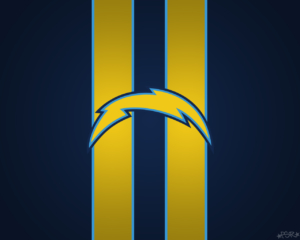 Chargers at Steelers in LA:

Let’s face it, this might as well be a road game for the Chargers. Steelers fans travel better than any team in the league, and the Chargers have no fans to begin with. Terrible towels everywhere. Anyway, the Chargers are reeling. They’re banged up as always, losing Pouncey for the season this week, and lack the depth to stay afloat. Speaking of, maybe if TT didn’t always go for the “sexy” pick in the draft and actually filled positions of need, these injuries wouldn’t take such a toll.

The Chargers need a win here to keep their season alive, and fortunately for LAC, the Steelers look like they may be starting a 3rd string QB. That might be their only saving grace in this one. Pittsburgh is still solid enough defensively to keep Rivers in check, but not sure what to expect from the offense other than a healthy dose of James Conner with Jaylen Samuels sidelined now for a month. Can the Chargers get Melvin Gordon going? They’ll need a big game from him to get a win. And take the under.

My predicktion: Chargers 17, Steelers 14 *If Rudolph starts, this is an L for the Chargers*

Fantasy player of the game: Minus the obvious KA and James Conner, I’m staying away. But if you’re desperate for a TE play, Vance McDonald could have a decent game. Backup QB’s usually tend to lean on TE’s in the passing game.

Raiders on a bye:

Traded a 2021 5th for Zay Jones and get some much needed WR depth. 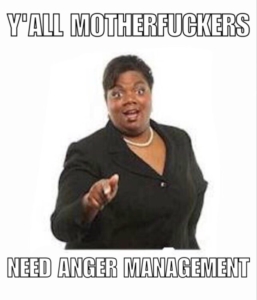