Week 6 was another crazy week of football. The Chiefs’ run defense was horrible and the Texans took advantage of that in Kansas City. The Broncos’ defense was flat out nasty as they got their 2nd win of the season against the Titans. The Steelers defense flat out punched the Chargers in the mouth and won a game in primetime that was more of a home game than a road game. The Raiders had their bye week which was needed after quite a bit of travel. Let’s look at week 7 and the match ups.

Chiefs vs Broncos
The Chiefs travel to Mile High after suffereing back to back loses at home. Their run defense has been flat out HORRIBLE. Mahomes has been dealing with an ankle injury and it has affected his scrambling ability and throwing accuracy. Tyreek Hill returned and scored twice last week. Having him back should help the passing game.

The Broncos defense posted a shut out at home against the Titans last week. When you post 7 sacks, 3 interceptions and 11 tackles for loss, you are playing well. Their offense did not do much but they did not lose the game either. They will have to run the ball well this week if they want to win. 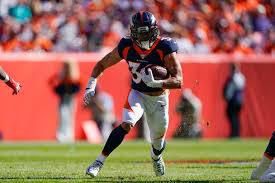 Chargers vs Titans
The Chargers go to the Titans in a almost must win game. They get OT Russell Okung back and they need him. Against the Steelers last week the rushed 14 times for 32 yards. That will not cut it. Rivers lead a second half comeback only to throw a late interception that cost his team the game. He will have to take care of the ball.

The Titans were shut out by Denver last week and changed quaterbacks. Tannehill will get the start and I see them trying to lean on their run game to help him out.

Fantasy Player of the Game: This is easy, Hunter Henry is the choice. He is a match-up nightmare. I see another big game for him. 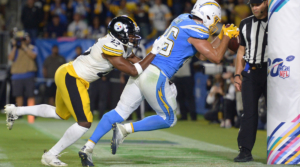 Raiders vs Packers
The Raiders are coming off their bye week. They will be without their top receiver again. They traded for Zay Jones but I don’t know how much he will play. They will need to run the ball and keep it away from the Packers. They get Gabe Jackson AKA Big Smooth back which will help in the run and pass game.

The Packers are coming off a home win against the Lions. The officiating was great for the Packers and more than likely cost the Lions the game. They ran the ball well and have Aaron Rodgers. He is playing quite well right now.

Fantasy Player of the Game: With the return of Big Smooth, the Raiders will run the ball and a lot. Josh Jacobs should have a big game. 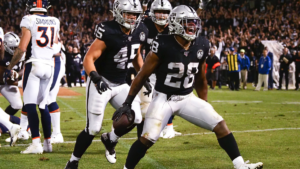 Have a great football weekend!
JMC