Bears vs. Raiders (from London):

In what was speculated to be an under the table handshake between the league and Mark Davis, the Raiders agreed to a handful of games outside of Oakland in order to get the votes necessary to relocate out of that hell hole and into a city that actually wants them. So here we are in London, England, playing the bloody Bears and an old friend in Khalil Mack. Fuck bitch ass Mack for holding out. Moving on…

The Bears D is still very good. They may be missing a few key pieces from last year, but the front 7 is still intact and playing at a high level. Probably too high for the Raiders to overcome with the few weapons they have offensively. Tyrell Williams hasn’t practiced all week, and how much can you expect from a rookie RB vs. a Bears defense who just held Dalvin Cook under 40 yards rushing? The key here for the Raiders will obviously be the OL. Can they contain Mack and Co. and give Carr enough time to check down? Probably not. Let’s just get out of this game in one piece and enjoy the bye week.

Fantasy player of the game: Tarik Cohen. 19-201-1. Cohen’s receiving stats in the 2 games with Daniels as a starter last year. Not to mention Cohen’s only TD of the season came last week on a pass from Daniels. I think that trend continues with Cohen being a solid flex, bye week fill in.

Have you ever heard of the Peter Principle? It’s a belief that people in the workforce typically rise to their level of incompetence. We see it a lot in business, and especially in the NFL. Really good coordinators becoming really bad HC’s. Make of that what you will.

Anyway, the underwhelming Chargers get their first action vs. an AFCW foe on Sunday on a neutral site in Los Angeles. Yes, I’m expecting the crowd to be around 50/50. About the same as each team’s chances of winning this game. The Broncos are desperate for a win and they have vets on the team who aren’t familiar with what this sort of a losing season feels like. Meanwhile, the Chargers only have 3 healthy WR’s, 2 of them suck, no TE, arguably the league’s worst OL, and KA will be shadowed by Harris all game. But hey, let’s congratulate TT for finally signing a kicker. And Gordon finally showed up, so that’s good. I guess… I think this one is close, and wouldn’t be surprised to see Denver get their first win of the season.

Fantasy player of the game: The RB’s. All of them. Lindsey/Freeman, Gordon/Eckler. 2 top 10 matchups for fantasy RB’s. I think both passing games struggle and the bulk of each team’s offense will come on the ground.

I’m sure the schedule creators thought this was going to be a fun matchup between Andrew Luck and Patty Mahomes for their marquee SNF matchup. Well they thought wrong.

I feel inclined to talk more about the Chiefs here because Poe is such a huge fan of my work, but what is there really to discuss? Chiefs win. By a lot.

Fantasy player of the game: Start your Chiefs. 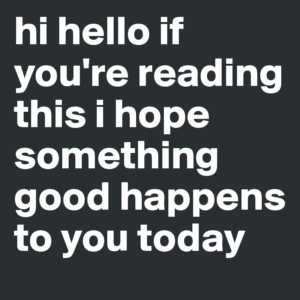