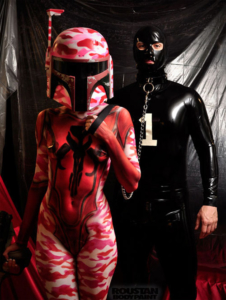 What a wild week, week 10 was. Another game winning drive for Derek Carr, who has the most game winning drives since entering the league in 2014. We had Philip “Givers” making an appearance. And the Chiefs getting ran through like a San Francisco homeless hooker. But hey, we’re not here to prosecute ones “quality of life”, so let’s get to some football.

The Broncos, fresh off a bye week, travel into the Mall of America to take on the 7-3 Vikings. I wonder if Dude will be at the game? Actually, I don’t. Anyway, as we all know by now, the Vikings are good. I believe I saw a stat that has them as a top 5 offense over the last 5 weeks, while the Broncos have been able to maintain one of the league’s better defenses.

Can this Brandon Allen guy do it again? He wasn’t asked to do much with only 20 attempts vs the Browns, but he made the most of them with 190 yards and 2 TD’s. Unfortunately for Allen, the Vikings defense poses a much greater threat as they’ll take away the run game and force the inexperienced QB to beat them. And I don’t see that going well for Denver.

Fantasy player of the game: I’ve said his name here before, and I’ll say it again, Alexander Mattison. He’s getting a decent workload for a b/u RB and could see some garbage time work this week. With some fantasy relevant teams on a bye, plug him in if you need a body at RB.

The last of their 3 game homestand, the Raiders look to keep the momentum rolling against the league’s worst team… the 0-9 Bengals. Let’s hope the team comes out with just as much fire as they did on TNF vs. the Chargers because a well decided victory is exactly what the team, moreso the fans, need at this point in the season.

The Bengals are pretty much the worst at everything. Offensively, they’ve given up by benching Dalton for Ryan Finley. Defensively, they give up the most yards/game, most notably on the ground with 173/game. Well above the next worst team. The Raiders need to take advantage of that and should use Jacobs and Washington in heavy doses. Pound the rock effectively and come away with a comfortable victory. However, I’ve been a fan long enough to know not to put any amount of failure past the Raiders. So we’ll see.

Fantasy player of the game: Jacobs is a no brainer. He should dominate this matchup, but I think Tyrell Williams gets back on track too with a TD.

Chiefs at Chargers in Mexico City on MNF:

The marquee game of week 11 in the AFCW. The Chargers, trying to keep their season alive, and the Chiefs, 1-3 in Mahomes’ last 4 starts, head into the shithole otherwise known as Mexico City for Monday Night Football.

This is a good matchup. Quietly, the Chargers defense has been playing solid football since the return of Melvin Ingram. Looking at those last 3 games, they’re holding opposing offenses to fewer than 20 points (Rivers cost the defense 10 pts vs. the Raiders). And on the other side of the ball, we’re just starting to see the other Melvin – Gordon – get his legs back and it couldn’t come at a better time than against a soft Chiefs defense. Run, Melvin, run.

For the Chiefs, it starts with Mahomes. He needs to be the mobile Mahomes of old as Bosa and Ingram will be on his doorstep with every drop back. Will the knee hold up? Defensively, Frank Clark has to be licking his chops right now after watching what Clelin Ferrell was able to do to that Chargers OL, but none of that will matter if they can’t stop the run. Although that’s if the Chargers aren’t dumb enough to abandon the run again like they did last week. This one will be close.

Fantasy player of the game: Melvin Gordon is a top 5 RB play this week, and keep an eye on the KC backfield. If they hold McCoy out again, fire up Damien Williams. 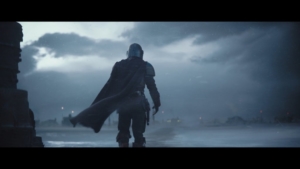