JFC, how the fuck are we in week 12 already? The last of the bye weeks, the final 1/3 of the season is upon us and things are getting interesting. Especially in the AFCW with a close race for the division title taking shape. The Chiefs and Chargers are on a bye this week, here’s what’s in store for the Raiders and Broncos… 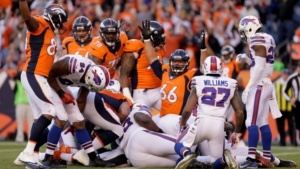 You know how you can tell a well coached team from a poorly coached team? It’s not all about the W/L record, but how they play every week. Effort. The Broncos aren’t giving up. They got out to a big lead on Sunday vs. a very good Vikings team, but ultimately talent prevailed and they lost a close one. Kudos to Fangio tho for keeping them in games they probably should be losing by more than one possession. I think the Broncos can be optimistic about their future with him as a HC.

Sunday at Buffalo will be another tough test. The fans are batshit crazy, and it’s cold AF. Fortunately for Denver, I think Buffalo is vastly overrated. They’ve won 7 games vs. teams who have a combined winning % of .282. Not one of them with a winning record. Offensively, Josh Allen still isn’t a good QB. He can be dangerous with his legs, but still errant throwing the ball and has a knack for fumbling. That and a mediocre run game, advantage Denver defense. On the other side of the ball, Buffalo is good defensively and will make it equally as hard on Denver’s offense. This has the makings of a 13-10 type game that’s won or lost on a last second FG.

Fantasy Player of the Game: Not a lot to like here. White on Sutton, Harris on John Brown. Both D’s solid vs. the run… Impossible to bench those guys at this point in the season unless you’re in some stupid 8 man league in which case you need to step your fucking game up. I do like both defenses if you’re streaming. 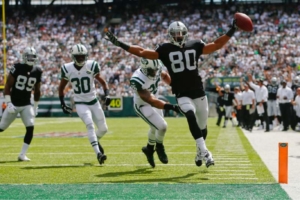 Show me someone who predicted before the season that the Raiders would be in a battle with the Chiefs for the division title this late in the season, and show you show a fucking liar. But here they are, the Raiders, at 6-4 with an opportunity to get to 7-4 and be neck and neck with the Chiefs heading into their game next week at Arrowhead. However, let’s not get ahead of ourselves. Nothing comes easy in the NFL, especially getting a W on the road in the early time slot.

Despite the Jets record, I’m looking at this like it’s a pretty evenly matched game. Statistically on defense, both teams are damn near identical across the board. The Jets do a good job stopping the run, and have one of the league’s best defenders in Jamal Adams – who will for sure be shadowing Darren Waller on every passing down. The key for the Raiders offensively will be the OL, I know, no shit sherlock. However, according to the holy grail of statistical analysis – PFF, the Raiders OL has a significant advantage here. Keep Carr clean and the rest, including the run game, should take care of itself. Defensively, have to get pressure on Darnold. He’ll crumble under any sort of pressure, and the Raiders can get to him. The Jets have given up the 3rd most sacks this season to opposing defenses and the Raiders pass rush is on fire with 10 sacks in their last two games. This is a game the Raiders should win, but will they…

Fantasy Player of the Game: You’re playing both starting RB’s no matter what, I don’t like Waller’s matchup with Adams. So take a look at the Jets starting TE, Ryan Griffin. Raiders struggle vs. TE’s and Griffin’s last 3 starts (not including the game Herndon started) he has 15 recs, 225 yards, and 3 TD’s. You’re welcome.

The Chiefs and Chargers are on a bye this week 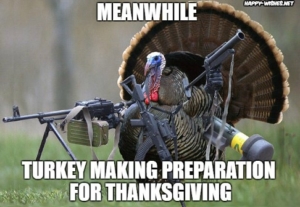