Let’s just skip the bullshit and get right to it. 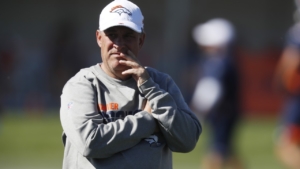 Coming off his first start and first win of his career, Drew Lock leads the 4-8 Broncos into the pile of shit otherwise known as Houston, home of the cheating Astros. In his debut, Lock looked the part of an NFL QB. Nothing spectacular on the stat sheet, but he didn’t seem lost out there like Elway’s previous 2 draft picks. Speaking of, according to Elway, Lock actually was able to communicate with coaches what the defense was doing out there. What a noble concept, a QB actually knowing WTF is happening on the field.

The Texans are somehow leading the AFCS, and I really don’t think they’re that good. Below average defensively, Carlos Hyde is the definition of a mediocre RB, OL isn’t that good. They have Watson and Hopkins, that’s about it. So I think the Broncos can hang in this one if Lock isn’t rattled by some road noise.

Fantasy player of the game: Courtland Sutton. He has a favorable matchup with a poor HOU secondary (thanks for that 3rd round pick for Conley’s sorry ass), and Lock showed he can get him the ball. 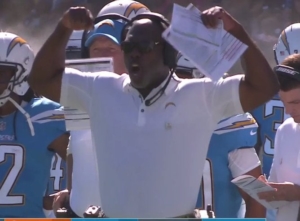 If the Chargers were a TV character, they’d be Larry David. Always finding themselves in some sort of odd predicament that ends up costing them games. Seriously, if you were to look up most bizarre ways to lose a game, you’d see the Chargers logo. For the fans of the other 3 AFCW teams, it’s hilarious to watch. *Cue the Curb your Enthusiasm theme music*

This is a pretty meaningless game. Two 4-8 teams basically playing for nothing. Who’s going to suck more? Jacksonville has even less fans than the Chargers, so being on the road doesn’t really matter. This just feels like one of those games the Chargers win. It’ll be a Rivers redemption game.

Fantasy player of the game: Keenan Allen will be matched up with our old friend DJ Hayden. Say no more. 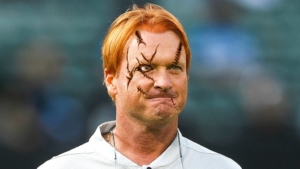 Here’s a stat for you, the Raiders are 5-1 at home and 1-5 on the road. Here’s another one, they are 5-1 when Carr doesn’t throw an INT, 1-5 when he does. I don’t think anyone loves playing in the Coliseum more than Derek Carr. And fortunately for him and the Raiders, they get a tough matchup with a good Titans team at home.

Expect this game to be an old school, hard fought battle. With 2 of the league’s leading rushers, both teams will look to establish control in the trenches. Who wants it more? Sorry for the clichés, but it’s really what this game will come down to. A war of attrition. Another cliché for you. The big uglies are going to duke this one out for the W. Let’s just hope it doesn’t fucking rain.

Fantasy player of the game: I think you could stream either QB. Carr plays well at home and Tannehill has been putting up decent numbers. 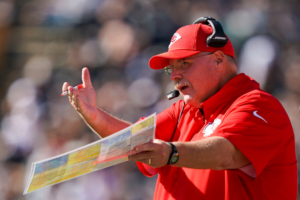 The game of the week. Two teams trying to reestablish themselves as the AFC’s elite. The Pats look old and slow, while the Chiefs need a late season run to make a push for a first round bye. A few things regarding the QB’s in this one: 1. How healthy is Patrick Mahomes? Granted there was a wind factor, but he didn’t look good at all vs. the Raiders. Was incredibly inaccurate and threw a ton off his back foot. 2. Is this finally the end for Brady? Every time he gets written off, the fucker comes back and gets his team to a SB. But this looks different because the guy is Forty fucking Two years old.

What’s really to analyze about this game? BB will try to slow the game down, and Reid will want to speed it up. I know, brilliant stuff there, but fuck. That’s pretty much what this game comes down to. I’ll give NE the slight edge for being at home, but they just seem off.

Fantasy player of the game: James White. Coming off his highest snap share of the season, the Pats will keep him heavily involved to keep up with the Chiefs. 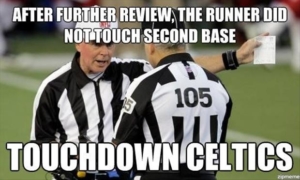