Heading into week 9, let’s just call a spade a spade. The AFCW is not a good division right now. We’ve been dominated by the NFCN (3-6), and the AFCS (3-7) We suck… Welp, now that that’s out of the way, let’s take a look at this coming week. 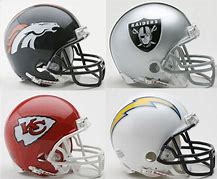 The Vikings head into Methville, USA at 6-2 and 2nd in the NFCN. They’re a good football team with some firepower offensively: Cook, Diggs, and Thielen. Can the Chiefs defense slow them down? I hope not. Will we see the return of Patrick Mahomes this week? It’s been 2 weeks since his knee injury, and reports out of KC last week said he looked good in his limited practice time. So we’re going to assume he plays.

Looking at this matchup, you have the league’s leading rusher in Dalvin Cook vs. the league’s 3rd worst run defense. I wonder what the Vikings will try to do? Getting Chris Jones back this week could be a huge boost in containing Cook for KC, but they’ll probably be without Frank Clark again. Offensively for the Chiefs, it’s obvious, they go as Mahomes goes. They still can’t run the ball for shit, so in order to win this game, not only will they need Mahomes back, but need him at close to 100%. And I’m not sure we’re there yet. He struggled with that ankle injury earlier this year, so I can’t imagine he’s back to his MVP caliber self 2 weeks removed from his knee cap being on the side of his leg.

Fantasy Player of the Game: All the obvious plays here, including Cousins, but if you’re in need of a deep bye week fill in at RB, Alexander Mattison could have a decent workload behind Cook as the Vikings look to pound the ball.

Tough loss last week for the Raiders. Not only did they have the lead for the majority of the game, but losing to the Texans puts them in a big hole for a possible WC spot. But here they are at a respectable 3-4 having just finished the most brutal road schedule the NFL has ever seen, and finally back at home for a 3-game stand starting with Axel Foley’s Detroit Lions. The Lions are a pretty good team. Like the Raiders, they sit at 3-4, so we’re looking at a fairly even matchup here.

The challenge for the Raiders will be stopping Stafford and his trio of WR’s: Golladay, Jones Jr., and Amendola. Fortunately for the Raiders, Stafford can’t beat them with his legs like Watson did after O’Brien realized all he had to do was roll him out to his right and the Raiders were too fucking stupid to adjust. Anyway, offensively for the Raiders they should be able to attack one of the league’s worst defenses. Detroit is one of 2 teams who give up more passing yards than Oakland and are one of the worst against the run as well. I’m thinking a good ol’ fashioned shoot out here.

Fantasy Player of the Game: Both QB’s. Carr and Stafford have favorable matchups vs. 2 of the leagues worst at defending the pass. Amendola a solid PPR play as we saw the Raiders inability to cover the middle of the field vs. the Texans.

The tanks keep rolling along in Denver with Joe Flacco’s season now all but over with an apparent neck injury. He was a below average QB anyway. So in comes Brandon Allen (who tha fook is that guy?) to keep the seat warm, or cold, for however long it takes Drew Lock to get ready to play. This is the 6th starting QB since PFM retired, Lock will be the 7th. It’s safe to say that Elway has no fucking clue what he’s doing after having a SB winning team fall in his lap. His drafts are terrible, coaching decisions haven’t been any better, but can/will the Bowlen’s (or whoever is making that decision) fire every Bronco fans hero?

Oddly enough, the Browns have been so bad, that the Broncos actually have a good chance of winning this game. And here’s why: Chris Harris. He’s shed the slot CB label and become the best CB in the league. Period. He shuts down your FFB teams WR1. Every. Fucking. Week. Also, the Broncos are still pretty good running the ball, which is every no name starting QB’s best friend. The last thing Denver wants to do here is drop back to pass more than 15 times and not all because of Allen at QB, but because of Bolles vs. Myles Garrett. Yikes. As much as I want to predickt a Broncos win, I just have no fucking clue what we’re going to get from Brandon Allen and why the Browns don’t just stack the box on every down and force whoever the fuck that guy is to beat them.

Fantasy Player of the Game: Chubb is an obvious play, but if you’re streaming defenses like me, and you should be because only an idiot drafts a D/ST before the 2nd to last round, I like both here in what should be a low scoring game.

Chargers at Packers in LA:

Once again, this might as well be an away game for the Chargers. They’ll be “home”, but that place will be packed with dumbass Mid Westerners wearing a fake block of cheese on their head. For all the shit Raiders fans get for their costumes, it doesn’t get any fucking dumber than that. Minus that Broncos fan dressed as a pom pom of course. Anyway, this will be the last of the Packers AFCW schedule, and so far they’ve dominated with a 3-0 record. Aaron Rodgers is back in the MVP discussion and has his Packers leading the NFCN once again. The Chargers on the other hand, did just beat the Bears in Chicago, but it took a 42-yard FG miss at the buzzer. Not impressed.

So how do the Chargers go about beating a 7-1 team? For one, they’re going to have to be successful running the ball, which is where the Packers defense is most vulnerable. The problem here is, the Chargers can’t run the ball. Behind one of the league’s worst OL’s, they average 5th lowest rushing yards/game and a paltry 3.5 ypc. That’s not good. And since his triumphant return, Melvin Gordon averages 2.5 ypc. That’s even worse. While Rivers is known for doing just enough to keep the Chargers competitive in just about every game, I think they’re just simply over-matched in this one.

Fantasy Player of the Game: Rodgers has been spreading the wealth without Adams making picking one of his WR’s a nightmare, but I do like his RB’s here. Jones a must play, and Williams has been sneaky good too. 4 TD’s in their last 3 games, and averaging over 4 targets/game in that span as well. Giddy up.