Get your DVR’s ready, because the Raiiiidaaaas, are on Hard Knocks. Jon Gruden, aka Chucky, leads this cornucopia of has beens, misfits, and never beens on the NFL’s biggest preseason stage. In what is probably the most anticipated Hard Knocks edition in the history of the show, at least for us MS aficionados, the Raiders are surely to not disappoint.

What makes them interesting:

What doesn’t make them interesting? It’s the fucking Raiders. Not only for their storied past, but for the long list of characters currently employed. Starting at the top with Gruden. Who most are familiar with from his stint with the MNF broadcast, where he seemingly gushed over just about every player. That is not the real Gruden. Antonio Brown, the flashy diva WR who forced his way out of Pittsburgh and into Oakland is sure to perform for the cameras. And let’s not forget Mr. Incognito. We’ll set the over/under on N-bombs at 8. About 1 per episode. Throw in the team’s final year in Napa for TC, and final year in Oakland before a move to the bright lights of Las Vegas, and you have a recipe for success. At least for the show that is…

Star of the show:

This one is easy. It’s Gruden. He’s loud, foul mouthed, and doesn’t hold back. He never shuts up and will have already put in 5 hours of work before the camera’s start rolling at 8am. He talks a lot of shit, and is always riding his players. Like mentioned above, completely different than his on-air persona on MNF. Here’s a drinking game for you, take a shot for every time he says man, man. Good luck with that. 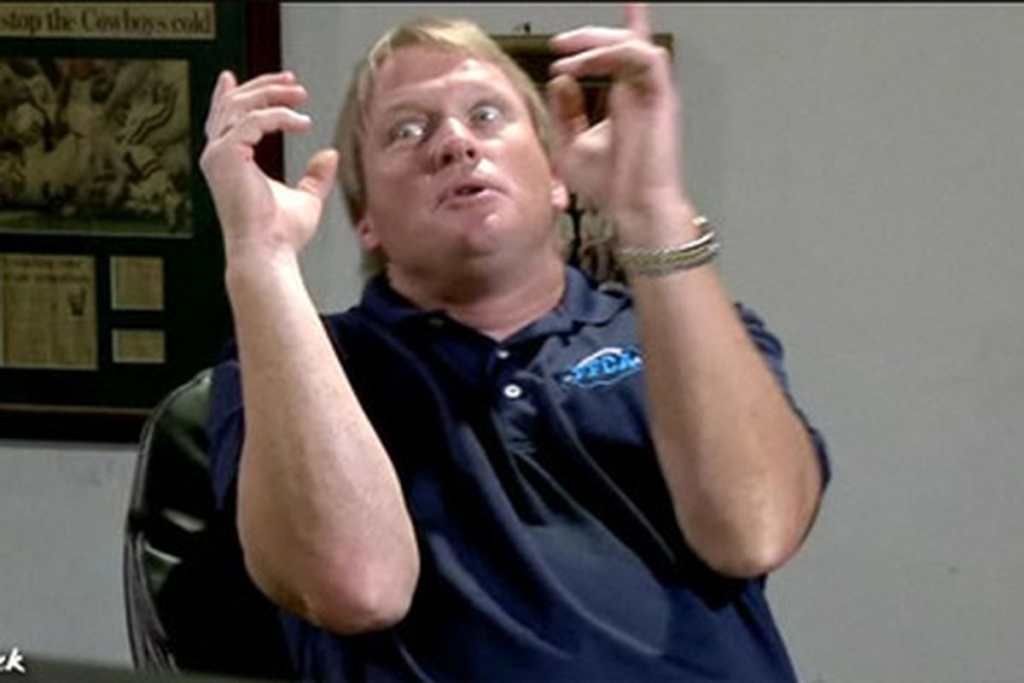 Jalen Richard. Ok, you’ve probably heard of him, but you don’t know anything about him other than he’s Carr’s preferred check down target and a decent PPR option for fantasy. Jalen is a funny, outgoing guy, and the exact type of character the camera crew will enjoy following. Not to mention he’s an anti-vaxxer. So yeah, there’s that.

All the name calling y’all hurting my feelings 😔☹️

I love my boy DC, but it’s him. He’s like if you were to combine Philip Rivers with a frat boy. Good, wholesome dude, family man, everyone loves him, but the amount of bro’s out of his mouth will exceed the acceptable limit 5 minutes into the show. He’s annoying AF. I can see a downgrade in his likability following the show.

Incognito vs. Eddie Vanderdoes. Incognito is obvious, and Vanderdoes will be competing for a roster spot. Those are the type of guys who usually put out the type of effort to piss someone off enough to throw down. And Eddie is big and physical. A perfect opponent for Richie.

Football is in the air, dickheads. The show is set to debut on August 6th. And no way better to kick off the season than a behind the scenes look at the Oakland Raiders. Get your popcorn ready.